Rose window is often used as a generic term applied to a circular window, but is especially used for those found in Gothic cathedrals and churches. The windows are divided into segments by stone mullions and tracery. The term rose window was not used before the 17th century and according to the Oxford English Dictionary, among other authorities, comes from the English flower name rose.[1] The name “wheel window” is often applied to a window divided by simple spokes radiating from a central boss or opening, while the term “rose window” is reserved for those windows, sometimes of a highly complex design, which can be seen to bear similarity to a multi-petalled rose. Rose windows are also called “Catherine windows” after Saint Catherine of Alexandria, who was sentenced to be executed on a spiked breaking wheel. A circular window without tracery such as are found in many Italian churches, is referred to as an ocular window or oculus. Rose windows are particularly characteristic of Gothic architecture and may be seen in all the major Gothic Cathedrals of Northern France. Their origins are much earlier and rose windows may be seen in various forms throughout the Medieval period. Their popularity was revived, with other medieval features, during the Gothic revival of the 19th century so that they are seen in Christian churches all over the world.[2]

Pat is an Indian / Filipino, Toronto based designer and animator—a graduate in graphic design and self taught in illustration and animation. What fuels him is doing passion projects that inch him closer towards his goal of being repped as a director, and finding his stylistic voice. He spends his extracurricular time honing his slingshot skills, doing archery, and attempting to pet various outdoor cats (pre-covid). 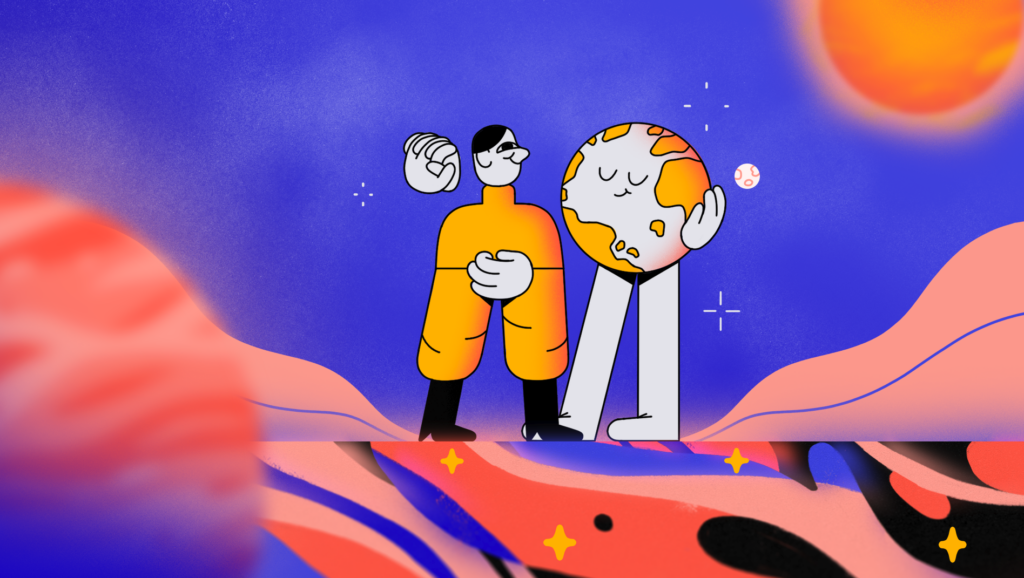 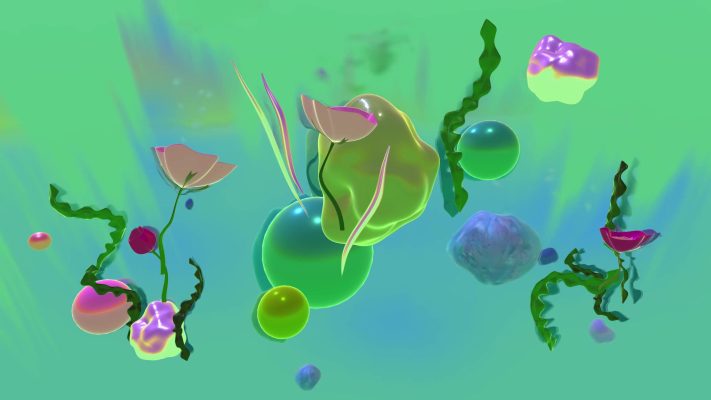 Diana Lynn VanderMeulen investigates mysterious elements of our natural world through the selective vision of magical realism. Remixing techniques and textures, VanderMeulen uses collage, painting, and digital 3D modelling tools to provoke the subconscious and challenge perceptions of reality. Ethereal landscapes are created as effervescent entrances; lifting the viewer into a deeper inner state of mind and prompting a sifting-through of the longings we feel in our day-to-day lives. Alongside a collaborative representation with Sky Fine Foods, VanderMeulen has been involved in many public and DIY ventures. She has shown at The AGO, The Canadian Embassy (Tokyo, Japan), the Gardiner Museum, and Idea Exchange.

Vivian Rosas is a Toronto based queer Mestizx/Latinx multidisciplinary artist who seeks to explore themes of feminism, empowerment, and diversity within her work. Her goal is to create imagery that expresses a sense of inclusiveness for underrepresented communities. Her practices include illustration, murals, and dance.

She uses bright colours and limited palettes to create visually bold and contemporary pieces that brighten up any space. As a Mestizx/Latinx artist, Rosas tries to put forward imagery that allows underrepresented communities to see themselves in her work. By working digitally or with paint she communicates joy, and radical diversity, all while engaging and empowering communities.

Avril Wu is a  Malaysian-born artist and illustrator based in Toronto. Avril’s work is heavily influenced by her travels, often depicting fictional characters, architecture and natural elements. Her colourful work playfully explores concepts revolving around human psychology, behaviour and culture. Avril’s love for the arts extends past the visual arts. She grew up dancing professionally and is currently dedicating her time to exploring art and dance together.

Lauren Pirie is a Toronto-based artist, art director and curator working in a range of media and scale, from delicate, intricate ink drawings to large-scale murals and installations. Her practice explores environment in relation to interconnection, desire, and healing, both as themes in her own artwork and through collaborating with and supporting other artists. She’s curated collective art experiences and community events, including recent exhibits at PRIDE and MOCA Toronto, and created site-responsive soft sculptural installations and public artworks throughout the city; recently for DesignTO and Winter Light. 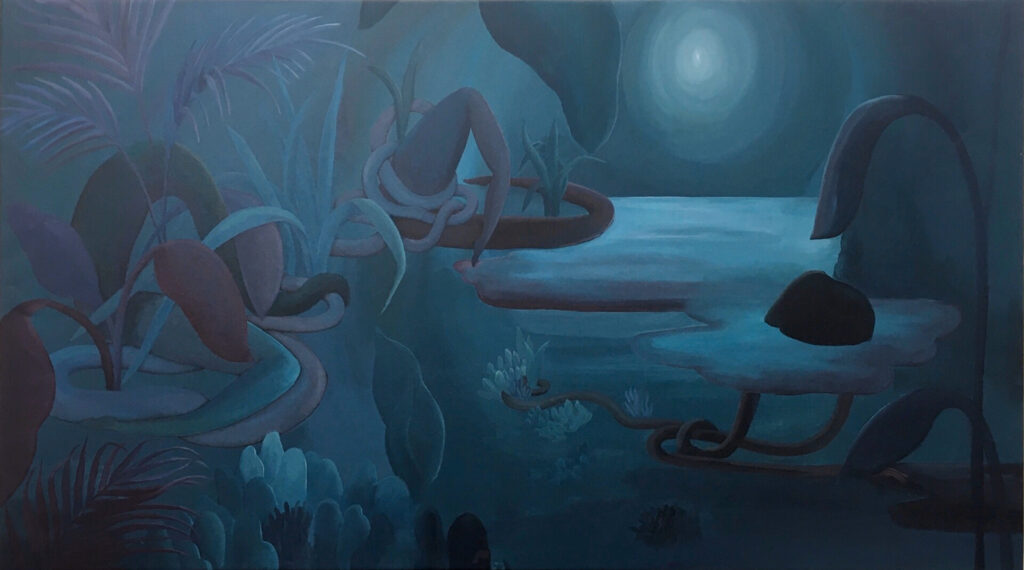 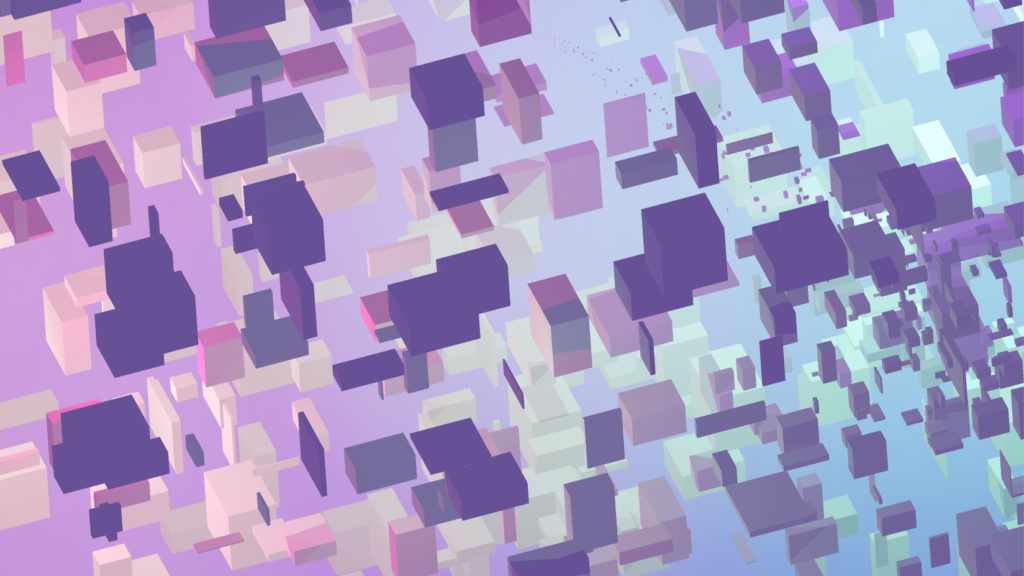 Kirk Clyne is a Toronto-based emerging artist who creates digital, self-generating works. Fascinated by random chance, he develops applications that autonomously create ever-changing visuals, animations, music and stories. Lately, he has been returning to his creative roots; drawing and animating from his imagination, by hand. This return to craft allows him to engage more emotionally with his work, and provides a refuge in these chaotic times.

Katie Kotler is a Toronto-based artist. She grew up in Montreal. Her practice explores how the physicality of animation can be translated into installation art, print and music. She is also interested in how lineages of art histories meld into one another, often in previously unnoticed ways. Kotler creates an immersive and self-reflexive atmosphere that uses as lo-fi materials as possible. Her work has been featured on the CBC, Hyperallergic, Rhizome and Canadian Art.