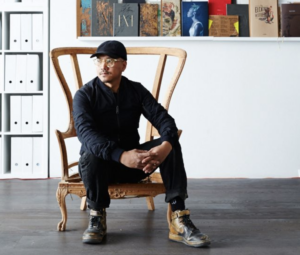 A note from the designer of our updated BIA logo- Marlo Onilla:

“The challenge in redesigning the new identity for the second time around is to somehow keep it as organic and natural progression to the name change from the previous so that it didn’t seem like it was forced in any way.

The board wanted to retain most of the look and feel of the existing logo as much as possible so not to stray away completely from the original logo, such as the colours, typography, and the crest icon since it best represented the country of Portugal and is the main element of the visual identity. We incorporated the Portugal crest as the main graphic connection in an overlapping montage to form a subtle letter “T” that represented the city of Toronto. By doing this we were still able to keep the stylized icon of the crest on all the collaterals and retained the brand consistency. The forming of the crest shape conveys the overall diversity, legacy and cultural past and present, carved out of the living bedrock of Little Portugal.

Deeply rooted in the community, it is an undeniable part of Toronto’s rich tapestry. LPD Crest – is a celebration of Portuguese tradition. In an already well-established neighborhood, adorned with thriving local businesses and community, Biography set out to design a system that would serve this successful foundation“.

Marlo Onilla has been working in the design industry for 20+ years and living in our BIA for 30+.  He still gets his fish from a local fishmonger in the neighbourhood.  We were honoured to work with him on the new logo for the merger of ‘Little Portugal BIA’ and ‘Dundas West BIA’, as well as to re-envision our logo around the BIA’s name change.

As a designer and principal at Biography Designs, Marlo pursues effective and appropriate solutions while leading clients in the areas of brand development, visual identity and strategic communications. His passion for design is a reflection of his persona, and strives for excellence in all that he pursues. He approaches every design without preconceived notions, always allowing his design sensibilities to lead him to new and higher ground. Marlo has sharpened his eye, earned his stripes, and built a staggering legacy in the design industry for the last 25 years.

More about the BIA name change.